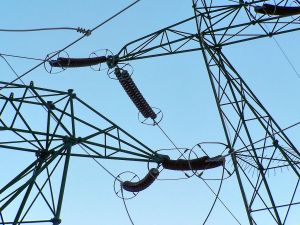 The new technology will save Ergon Energy millions every year.

ARCAA is a multi-award winning research centre based in Brisbane. It conducts aviation automation research with a particular focus on autonomous technologies which support efficient and safe utilisation of airspace, and the development of autonomous aircraft and on-board sensor systems for commercial applications.

Ergon Energy's distribution area covers 97 per cent of Queensland and around 150,000 kilometres of the powerline network.

FAS will assist the pilot of a ROAMES aircraft, which is also fitted with photographic and LiDAR distance measurement equipment, to fly along optimised flight paths and capture 3D geospatial information of power infrastructure.

Precision flight would allow ROAMES to capture and process large amounts of data into a precise "virtual" world, capable of deeper analysis and forecasting of needs and trends.

The complete system would enable reliable and precise measurement of Ergon Energy's electricity network and surrounding objects such as buildings, terrain and vegetation.

Ergon Energy manages an $10 billion asset base across regional and rural Queensland and serves 690,000 customers spread over approximately one million square kilometres.

Each year Ergon Energy spends $80 million to minimise vegetation that would otherwise pose a risk to the network or community safety. By using data from ROAMES to generate 3D computer models, Ergon Energy expects to save up to $44 million over five years.

Processed ROAMES data means Ergon Energy can improve its vegetation management activities, reduce the impact of the environment on the network and thereby minimise the number of outages caused by vegetation.

The aircraft will operate at an altitude of approximately half-a-kilometre, which is twice the height of Brisbane's tallest building, to enable large areas to be covered.

The network will be checked annually via ROAMES, compared with every three years by the current manual inspection system.

Data collected from ROAMES will be loaded into the "cloud-hosted" Google Earth Builder product, and processed into spatial layers to make them available in an interactive, 3D visualisation environment to Ergon staff.

The ROAMES project along with Google Earth Builder will enable Ergon staff to improve decision-making and realise operational efficiencies, by delivering rich, timely, spatial and precise information about the network in the context of the real-world in which it exists.

"The vast size of Ergon Energy’s distribution area - which covers 97 per cent of Queensland and around 150,000 kilometres of network - was an important motivation for developing this new technology to manage the poles and wires and surrounding environment," Mr Robertson said. 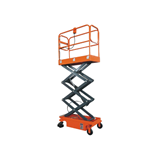 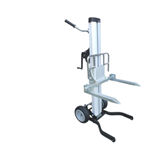