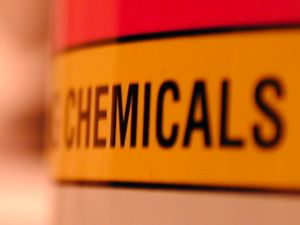 The team have used wood, grasses and other renewable biomass to create five petrochemicals.

Chemical engineers at the University of Massachusetts in the US are using a catalytic fast pyrolysis process that transforms renewable non-food biomass into petrochemicals.

The engineers have developed a new catalyst that boosts the yield for five key "building blocks of the chemical industry" by 40 per cent compared to previous methods.

This sustainable production process, which holds the promise of being competitive and compatible with the current petroleum refinery infrastructure, has been tested and proven in a laboratory reactor, using wood as the feedstock, the research team says.

"We think that today we can be economically competitive with crude oil production," research team leader George Huber, an associate professor of chemical engineering at UMass Amherst and one of the country’s leading experts on catalytic pyrolysis, said.

Huber says his research team can take wood, grasses or other renewable biomass and create five of the six petrochemicals that serve as the building blocks for the chemical industry. They are benzene, toluene, and xylene, which are aromatics, and ethylene and propylene, which are olefins. Methanol is the only one of those six key petrochemicals not produced in that same single-step reaction.

"The ultimate significance of our research is that products of our green process can be used to make virtually all the petrochemical materials you can find. In addition, some of them can be blended into gasoline, diesel or jet fuel," Huber said.

The new process was outlined in a paper published in the Dec. 23, 2011 edition of the German Chemical Society’s journal Angewandte Chemie. It was written by Huber, Wei Fan, assistant professor of chemical engineering, and graduate students Yu-Ting Cheng, Jungho Jae and Jian Shi.

"The whole name of the game is yield," Huber said.

"The question is what amount of aromatics and olefins can be made from a given amount of biomass. Our paper demonstrates that with this new gallium-zeolite catalyst we can increase the yield of those products by 40 per cent. This gets us much closer to the goal of catalytic fast pyrolysis being economically viable. And we can do it all in a renewable way."

The new production process has the potential to reduce or eliminate industry’s reliance on fossil fuels to make industrial chemicals worth an estimated $US 400 billion annually, Huber says.

The team’s catalytic fast pyrolysis technology has been licensed to New York City’s Anellotech, Inc., co-founded by Huber, which is scaling up the process to industrial size for introduction into the petrochemical industry.

In this single-step catalytic fast pyrolysis process, either wood, agricultural wastes, fast growing energy crops or other non-food biomass is fed into a fluidised-bed reactor, where this feedstock pyrolysises, or decomposes due to heating, to form vapours.

These biomass vapours then enter the team’s new gallium-zeolite (Ga-ZSM-5) catalyst, inside the same reactor, which converts vapours into the aromatics and olefins. The economic advantages of the new process are that the reaction chemistry occurs in one single reactor, the process uses an inexpensive catalyst and that aromatics and olefins are produced that can be used easily in the existing petrochemical infrastructure.

Olefins and aromatics are the building blocks for a wide range of materials. Olefins are used in plastics, resins, fibres, elastomers, lubricants, synthetic rubber, gels and other industrial chemicals. Aromatics are used for making dyes, polyurethanes, plastics, synthetic fibres and more. 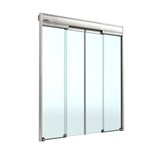 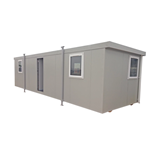 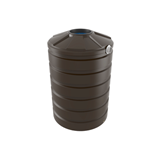 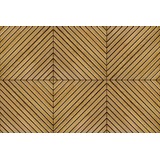 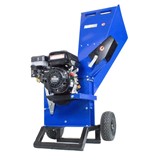 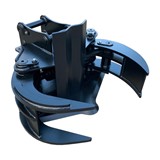 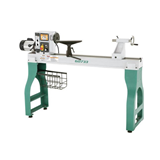 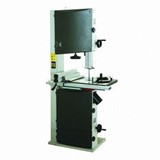 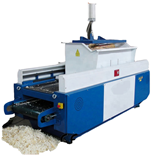 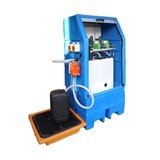 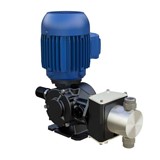 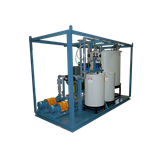 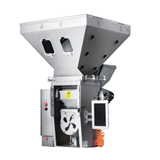