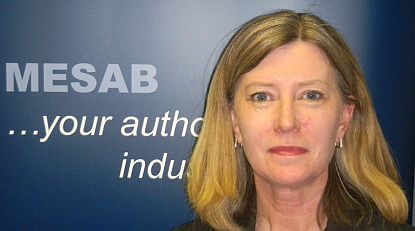 Ai Group’s Lee-Anne Fisher says companies should make the most of existing talent in their organisations to plug the skills gap.

Australian Industry Group members say lack of trained staff will present a "high risk factor" in the next five years.

A shortage of skilled workers is becoming a major problem for Australian manufacturers and is a major reason why productivity improvements are slowing, Lee-Anne Fisher of the Australian Industry Group (Ai Group), claims.

Fisher, the AiG’s Manager for Policy and Projects Education and Training, says that among the 60,000 businesses that the Ai Group represents – the majority of which are in manufacturing - concern about skills shortages is increasing.

Fisher was speaking at the recent Western Sydney Manufacturing Leaders Forum, held at the Sydney Olympic Centre. The Forum is an event that supports National Manufacturing Week (NMW). NMW will take place in Melbourne at the end of May and is organised by Reed Exhibitions.

"Many company bosses say, that in as little as five years, the lack of skilled people will be a factor in preventing further productivity gains," Fisher told the audience of Sydney-based industry executives.

In a list of factors that manufacturers gave as reasons for not employing job applicants, Fisher noted that the top four related to lack of skills. According to manufacturers, the three commonest reasons for turning applicants away were: a lack of specialised skills (60 percent of employers); a lack of general skills (54 percent), and a lack of job-specific training (32 percent).

And skills shortages are more extreme in some trades than others. According to Fisher, companies were unable to fill nearly 60 percent of vacancies for fitters and machinists, whereas machine operators were a lot easier to come by with only around 7 percent of vacancies left open.

Companies believe that Federal and State Governments should be more actively involved in resolving the problem, but don’t necessarily consider skilled immigration to be the answer. 37.8 percent of those companies interviewed by Ai Group said they would prefer to "upskill the current staff", while only 9.6 percent considered overseas recruitment to be the answer to the skills shortages.

Notably, 12.6 percent of bosses said they would limit production to resolve the skills shortage while 31.2 percent considered overseas contracting was the answer.

However, Fisher said the solution could be much closer to home if only companies: "maximised the potential of their existing workforce for competitive advantage."

"Existing staff often have skills that are under utilised," she explained.

"Worse still, the higher the level of the skill, the more under utilised it is."

She noted that the Ai Group’s work with SMEs to help create "High Performance Workplaces" (HPW) has helped a select group of companies to make the most of existing talent in their organisations.

"The Ai Group is giving it the attention it deserves right now.

"But it’s not easy," Fisher concluded.

"I’ve seen many examples of companies starting an HPW initiative but then stopping the program due to worker concerns, cost and management lacking in the skills to see it through."